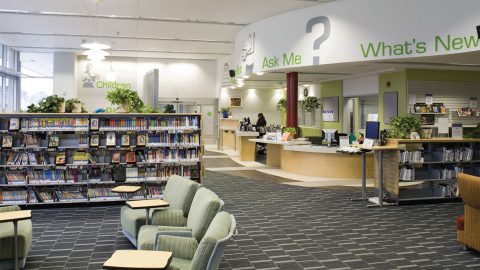 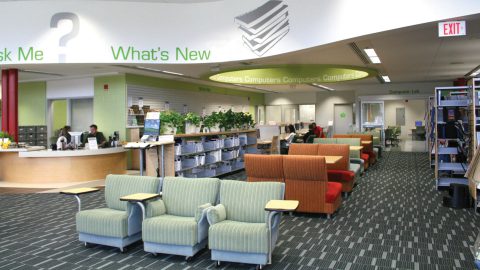 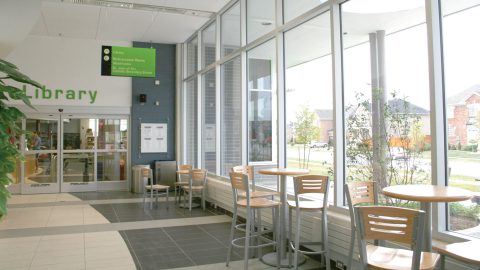 ZAS completed the signage wayfinding system for the Library and Community Centre.

This shared-use facility combines a new Public Library and Community Centre with a three-storey Catholic Secondary School on a 15-hectare corner site. Central to the development of this project is that library services will be offered by Mississauga Public Library to both the new school as well as the local community, thereby elminating the need to construct a separate school library. Access into the 12,000 s.f. library is provided from a single, central location both from the exterior and the school’s interior. Three multi-purpose rooms allow for a range of Community programs from yoga to ball hockey to story-time. The Library features a continuous glass wall to the street to give passerbys a sense of visibility and welcoming accessibility. ZAS completed the signage wayfinding system for the Library and Community Centre. The system included a comprehensive interior signage system and super script signage that was installed within the library making the facility visible from the street.